The Surface Pro 7 is a competent upgrade with USB-C, refreshed processors, but little else that’s new

I’ll be the first to admit that when the first generation Surface two-in-one launched, I wasn’t sure this was a device that people actually wanted to use. But Microsoft was clearly on to something, as the proliferation of Surface Pro’s among coffee shop dwellers clearly shows. Earlier this month, Microsoft announced both the seventh generation Surface Pro 7 and the Surface Pro X. The X is probably the most interesting update in the Surface Pro’s recent history, with a slimmer profile, larger screen, thinner bezels and plenty of new internals. But the Pro 7, which is going on sale today, starting at $749, is a competent upgrade that gives Surface Pro users exactly what they want – even if it sticks to a tried and tested formula. 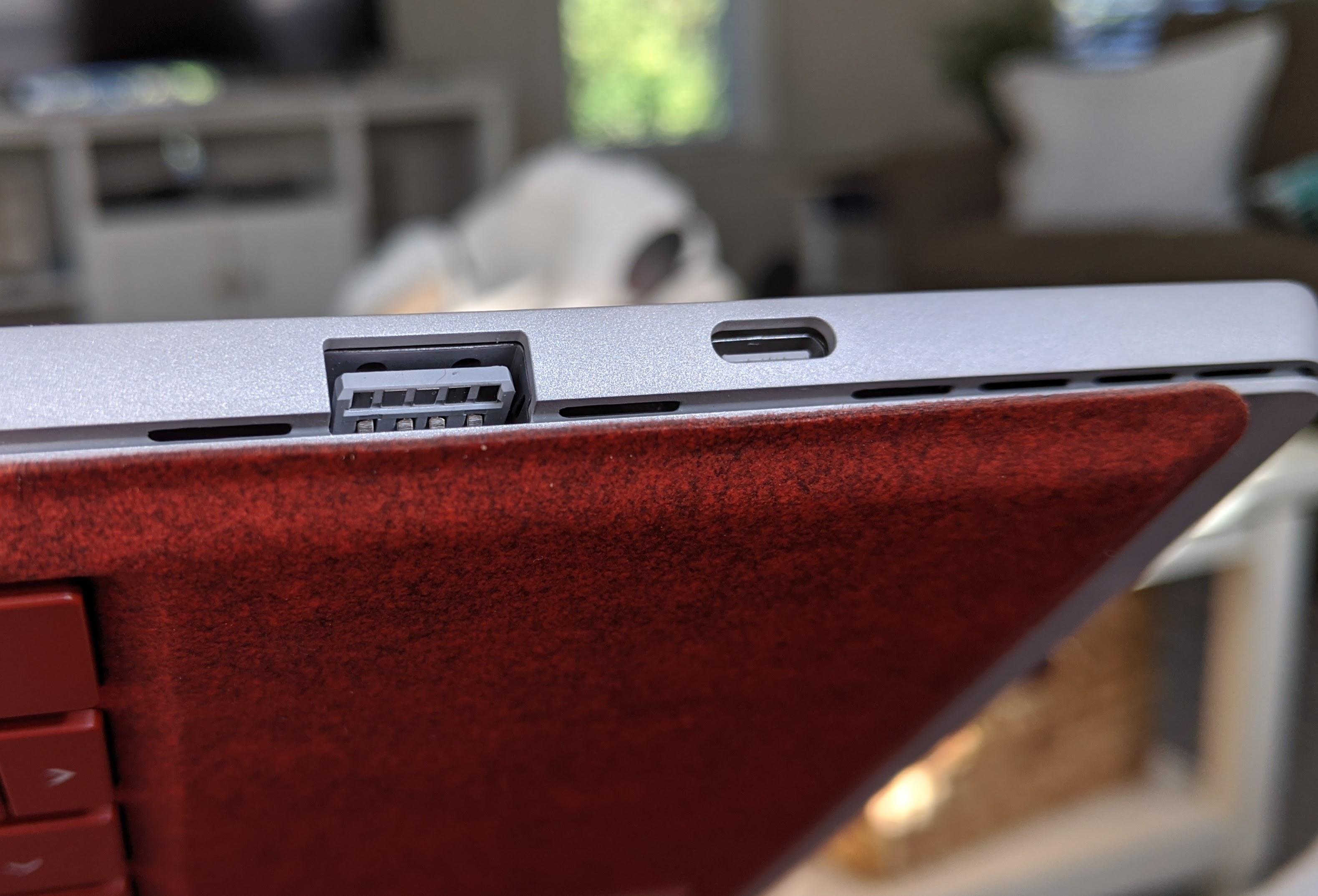 It’s pretty easy to sum up what’s new in the Surface Pro 7. There’s the new 10th-generation Intel chips and a USB-C port for both charging and attaching accessories. The Surface Pen and detachable keyboard remain optional — and somewhat pricey — accessories, though Microsoft tells me that a large percentage opt to get the type cover keyboard, with fewer opting for the pen. There are new colors for the accessories, though: poppy red (which is what Microsoft provided me with my test device and which is indeed very red) and ice blue. The type cover also feels a little bit stiffer, but that’s hard to quantify.

The versions with Intel’s newest i3 and i5 chips are fanless, while the i7 version does have a fan.

And that’s pretty much it. The overall design remains the same, with its bezels that are starting to feel a bit too thick these days, and a thin strip of air vents around the sides. The kickstand is something Microsoft has pretty much perfected at this time, so it’s no surprise that it remains virtually unchanged. While Microsoft added a single USB-C port, the plug for the Surface connector is also still there to help you charge your Surface or connect it to a docking station.

Since you’re mostly going to use a Pro on the go, I don’t think only having a single USB-A and USB-C port is a major issue. If you’re using it at home, then getting the $199 Surface Dock is likely the way to go anyway.

As for the design, if it wasn’t for that USB-C port, you’d have a hard time telling the Pro 7 from the recent Surface Pros. Everything else looks pretty much identical to last couple of iterations.

I’ve used the i5-powered Pro 7 while I was travelling over the course of the last few days. Microsoft promises that the new Intel chips are up to twice as fast as their predecessors. I’m sure those numbers work out in artificial benchmarks. In daily use, I noticed that using the device did indeed feel a bit smoother than the last few Surfaces I tested that fell into the same price range as this machine. I’m among those that barely use the pen, but when I do, the experience feels seamless with no noticeable lag in most circumstances. 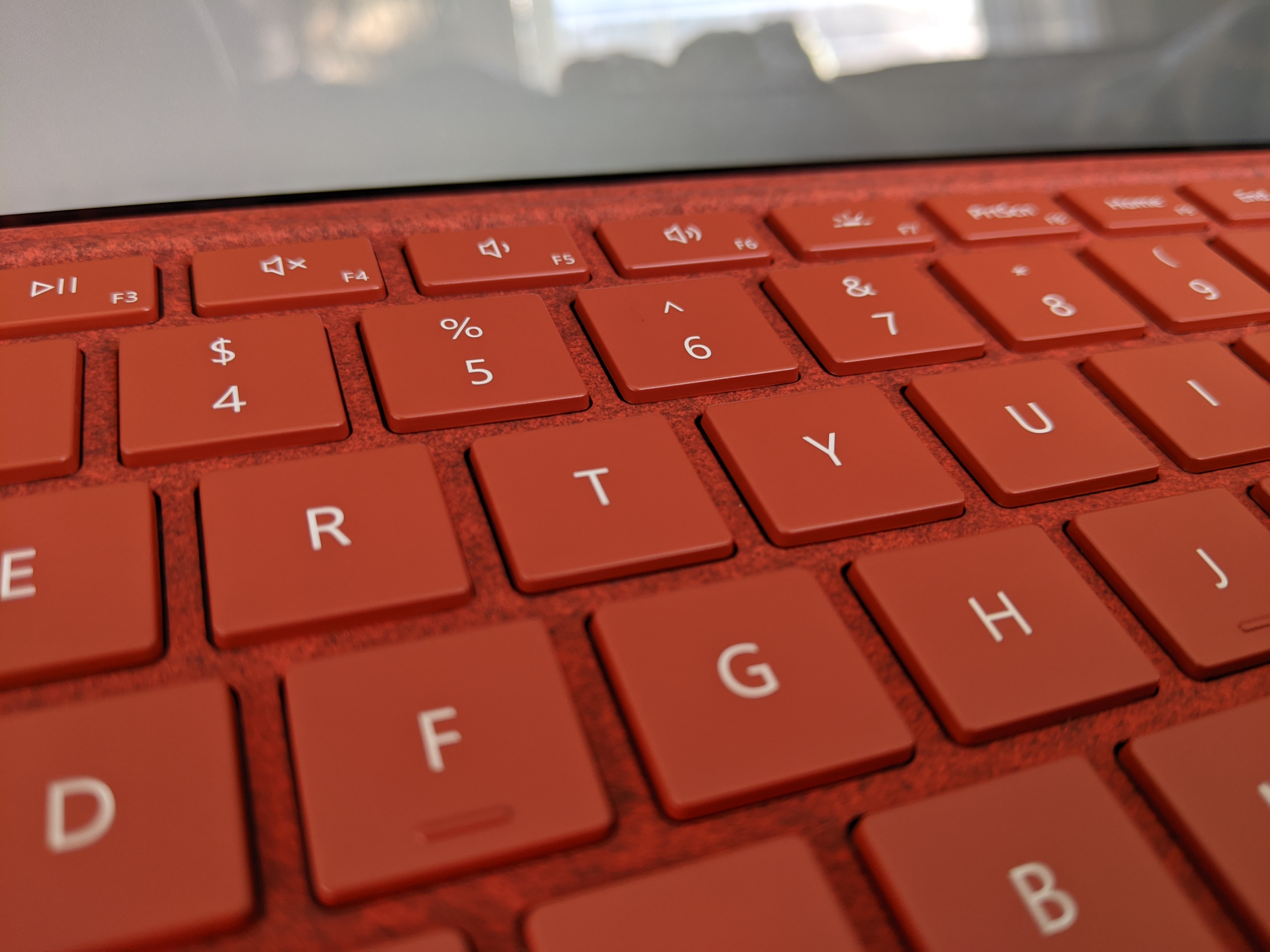 Microsoft promises full-day battery life and that’s pretty much what I got, too, using the Surface to write for a few hours on the plane, surfing the web during a layover and watching Netflix in the evening.

If you’re in the market for a Surface Pro, this is obviously the one to get. If you own a Pro 5 or 6 and you’re still happy with their performance, then there’s no real reason to upgrade. Depending on your use case, the Surface Pro X may be the one to get anyway, but that’s still two weeks out and we’ll have to say how well it performs in the real world and if it’s worth the higher starting price of $999. Come back in two weeks and we’ll let you know.

The Surface Pro 7 is a competent upgrade with USB-C, refreshed processors, but little else that’s new