There is so much room for improvement.

To close the funding gap, programs tailored to female entrepreneurs are working tirelessly to mentor and incubate upstarts in hopes of impressing venture capitalists. Ready, Set, Raise, an accelerator program built for women, by women, is amongst the new efforts to help female and non-binary founders raise more dollars, or, at the very least, build relationships with investors.

The accelerator program, created by the Seattle-based network of startup founders and investors called the Female Founders Alliance, is today announcing its second batch of companies, a group that includes a sextech business, an AI-powered tool for podcasters and a line of workwear created for women who work on farms, construction sites and factory floors.

Ready, Set, Raise has partnered with Microsoft for Startups to provide entrepreneurs $120,000 in Azure credits, as well as technical and business mentoring from executives of the Redmond-based software giant. Other new partners include Brex and Carta, two well-funded companies that plan to lend the support of their executives to teach entrepreneurs about startup finance, valuation and fundraising terms.

“Both FFA and Microsoft recognize a major lapse in opportunities given to women and non-binary founders,” writes Ian Bergman, a managing director of Microsoft for Startups, in a statement. “We look forward to our continued work together to promote this necessary shift in the VC landscape.”

FFA’s founder and chief executive officer Leslie Feinzaig, who launched the organization in 2017, has been an outspoken advocate of diversity in entrepreneurship and venture capital, and well as providing awareness and resources for founders who are also parents.

“My experience fundraising was undeniably shaped by the fact that I am a woman, and at the time was a new mom,” Feinzaig, who previously founded an edtech startup, told Seattle Business Magazine earlier this year. “A year later, I was about to give up. Instead, I started a Facebook group, including all of the founders and tech startup leaders I knew. It was the group that I needed, made up of people who knew exactly what I was going through. That’s how the Female Founders Alliance was born.” 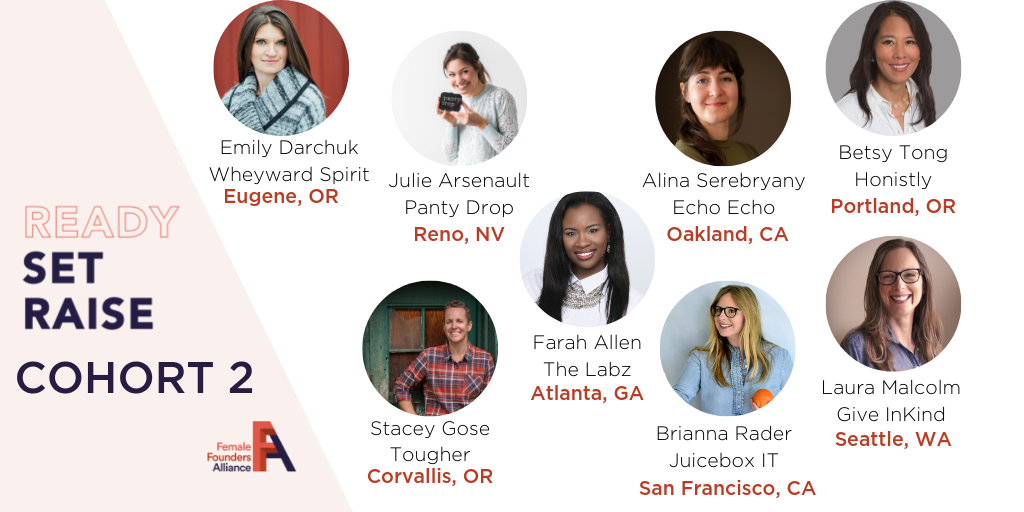 FFA’s Ready, Set, Raise provides its companies childcare throughout the six-week program, in which companies work one-on-one with experienced coaches ahead of a demo day that will take place on October 16th.