Microsoft offers a closer look at the next Xbox It’s been a few months since Microsoft announced the impending arrival of the Xbox Series X. The somewhat redundantly named console made cameo during the Game Awards, getting a late 2020 date in the process.

We got at glimpse at the big, boxy design and peek into a handful of features, including the new wireless controllers and backward game compatibility. It didn’t, however, really get into the nitty gritty of what’s going to set the next-gen console apart. Thankfully, MS’s head of Xbox Phil Spencer is back with some honest to goodness specs.

“Xbox Series X is our fastest, most powerful console ever, designed for a console generation that has you at its center,” Spencer writes. “This means a high-fidelity gaming experience enclosed in a quiet and bold design, with the ability to discover thousands of games across four generations, all with more playing and less waiting.”

The headline feature here is, naturally, a new processor. Built on top of AMD Zen 2 and RDNA 2 architecture, Xbox says chip is able to deliver four times the processing power of the Xbox One. The silicon offers 12 teraflops of GPU performance — that’s double the Xbox One X and 8x the original Xbox One. Other notable additions include Variable Rate Shading for improved frame rates and resolution and DirectX Raytracing for better lighting. 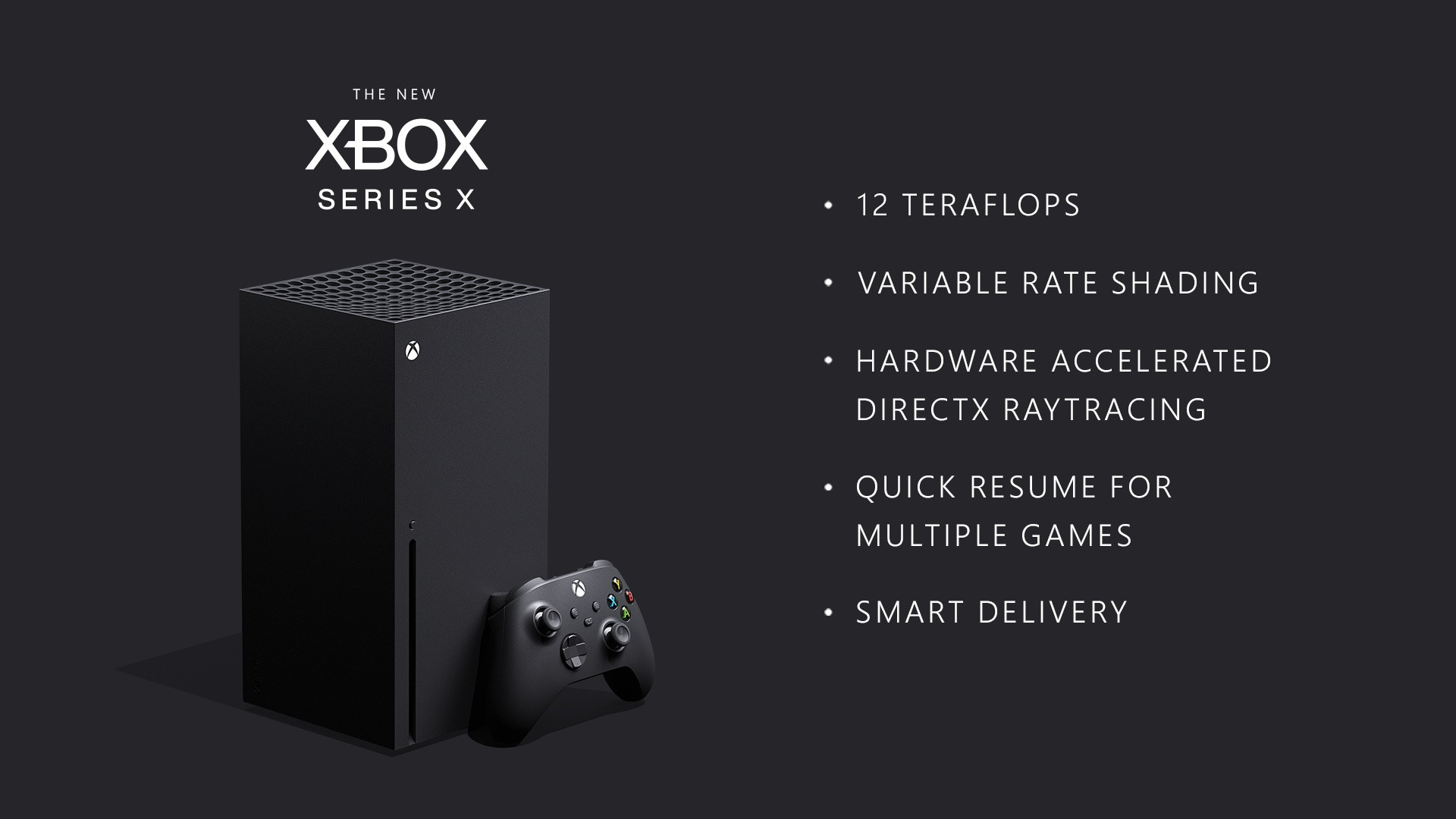 Quick Resume is basically what it sounds like, letting players pick up on multiple games, exactly where they left off. Dynamic Latency Input aims to bring more responsive feed back from controllers, by reducing latency. 120fps video will be supported by the console, along with HDMI 2.1, which automatically switches to the lowest latency mode to reduce game play lag.

As noted above, backward compatibility is central, now that Microsoft has a few generations of consoles under its belt. Game Pass is increasingly important in the company’s play moving forward, as it ramps up focus on cloud gaming.

More information is promised in “coming months.” Once again, Microsoft will have a stiff competition on its hands, with the PlayStation 5 currently slated for “holiday 2020.”

Microsoft offers a closer look at the next Xbox