Power Automate is Microsoft’s platform for streamlining repetitive workflows — you may remember it under its original name: Microsoft Flow. The market for these robotic process automation (RPA) tools is hot right now, so it’s no surprise that Microsoft, too, is doubling down on its platform. Only a few months ago, the team launched Power Automate Desktop, based on its acquisition of Softomotive, which helps users automate workflows in legacy desktop-based applications, for example. After a short time in preview Power Automate Desktop is now generally available.

The real news today, though, is that the team is also launching a new tool, the Process Advisor, which is now in preview as part of the Power Automate platform. This new process mining tool provides users with a new collaborative environment where developers and business users can work together to create new automations.

The idea here is that business users are the ones who know exactly how a certain process works. With Process Advisor, they can now submit recordings of how they process a refund, for example, and then submit that to the developers, who are typically not experts in how these processes usually work.

What’s maybe just as important is that a system like this can identify bottlenecks in existing processes where automation can help speed up existing workflows. 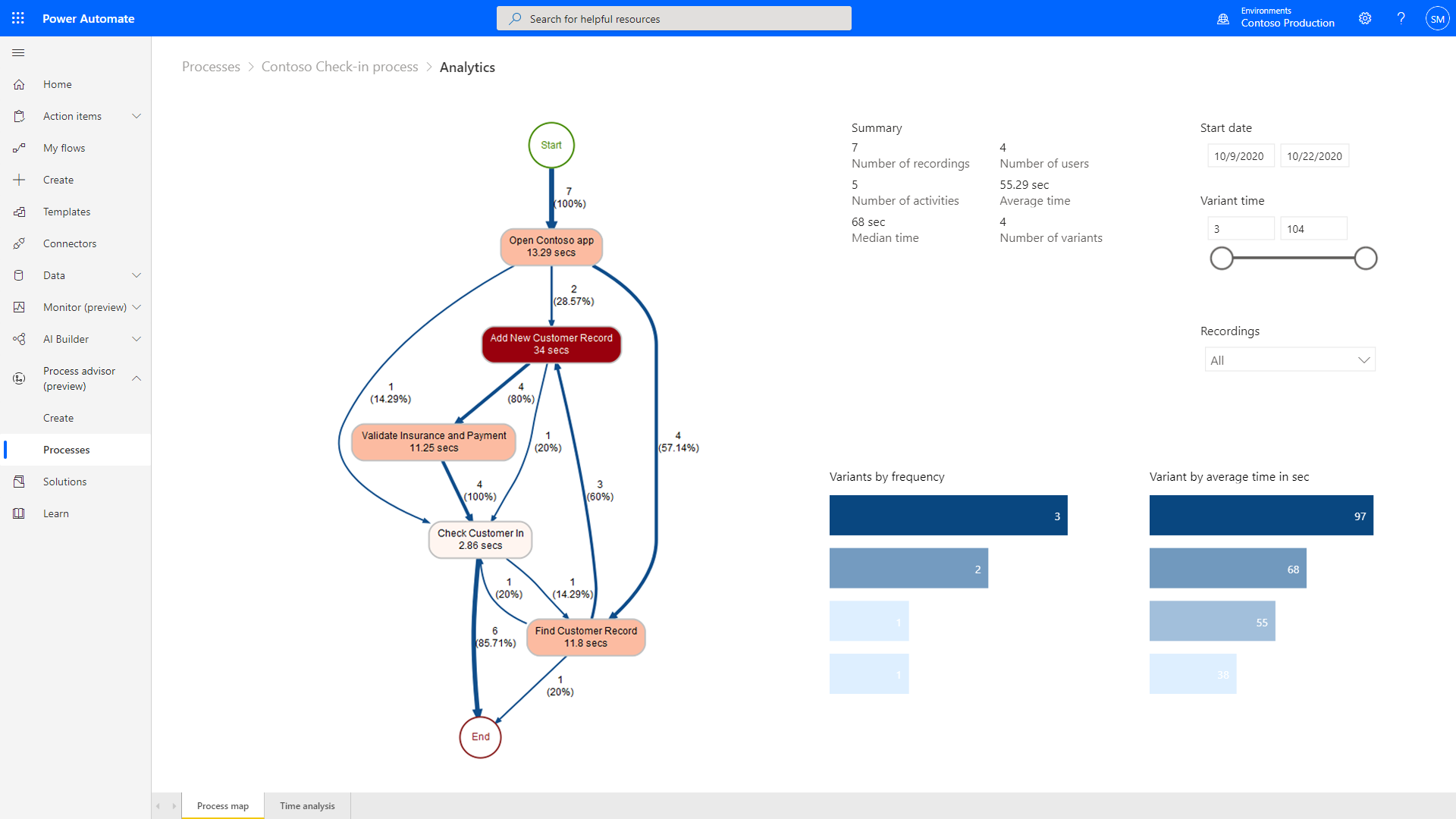 “This goes back to one of the things that we always talk about for Power Platform, which, it’s a corny thing, but it’s that development is a team sport,” Charles Lamanna, Microsoft’s corporate VP for its Low Code Application Platform, told me. “That’s one of our big focuses: how do bring people to collaborate and work together who normally don’t. This is great because it actually brings together the business users who live the process each and every day with a specialist who can build the robot and do the automation.”

The way this works in the backend is that Power Automate’s tools capture exactly what the users do and click on. All this information is then uploaded to the cloud and — with just five or six recordings — Power Automate’s systems can map how the process works. For more complex workflows, or those that have a lot of branches for different edge cases, you likely want more recordings to build out these processes, though. 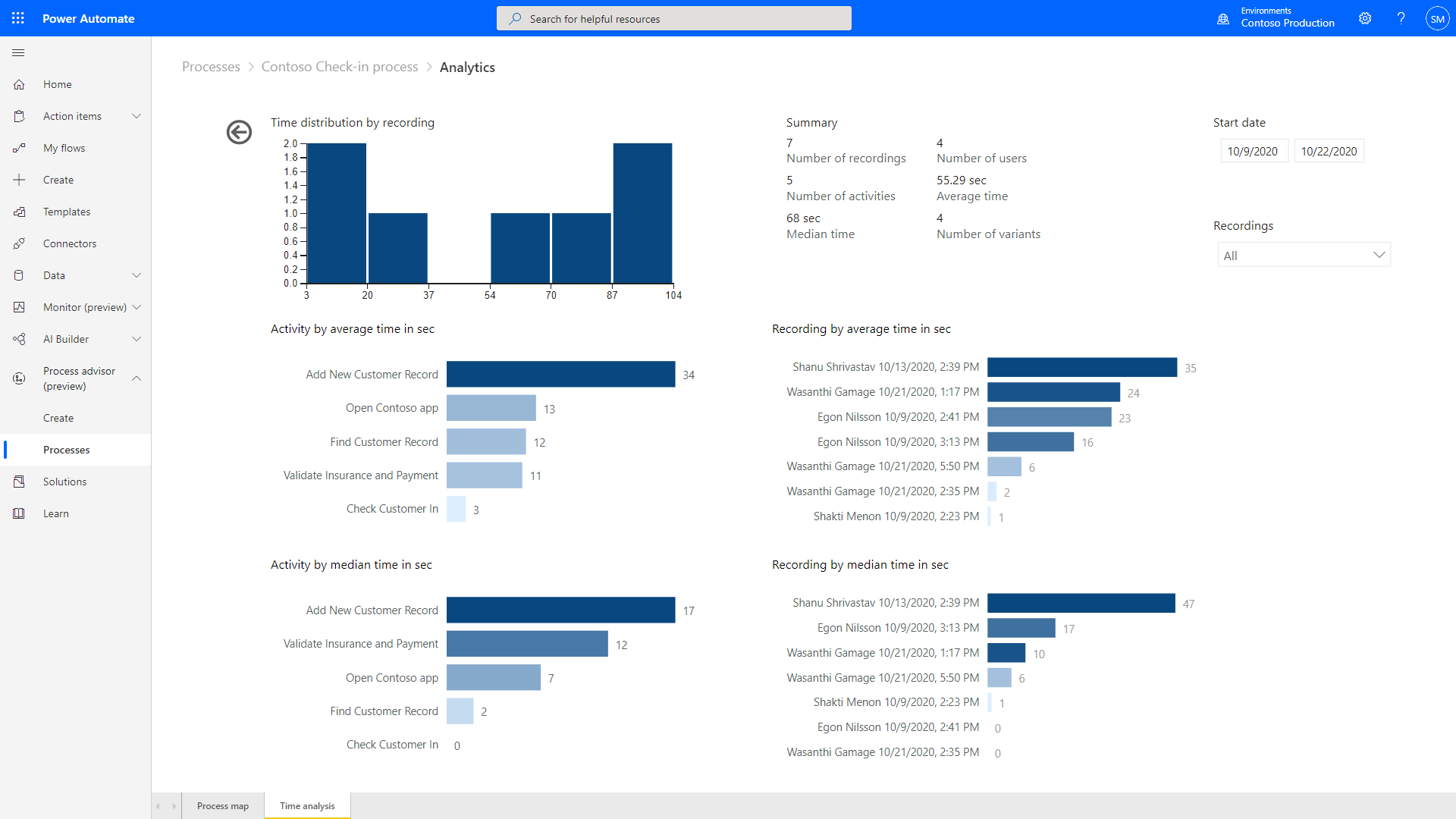 As Lamanna noted, building out these workflows and process maps can also help businesses better understand the ROI of these automations. “This kind of map is great to go build an automation on top of it, but it’s also great because it helps you capture the ROI of each automation you do because you’ll know for each step, how long it took you,” Lamanna said. “We think that this concept of Process Advisor is probably going to be one of the most important engines of adoption for all these low-code/no-code technologies that are coming out. Basically, it can help guide you to where it’s worth spending the energy, where it’s worth training people, where it’s worth building an app, or using AI, or building a robot with our RPA like Power Automate.”

Lamanna likened this to the advent of digital advertising, which for the first time helped marketers quantify the ROI of advertising.

The new process mining capabilities in Power Automate are now available in preview.