Logitech recently introduced a new mouse and keyboard, the MX Master 3 ($99.99) and MX Keys ($99.99) respectively. Both devices borrow a lot from other, older hardware in Logitech’s lineup – but they build on what the company has gotten really right with input devices, and add some great new features to make these easily the best option out there when it comes to this category of peripherals.

This new keyboard from Logitech inherits a lot from the company’s previous top-of-the-line keyboard aimed at creatives, the Logitech Craft keyboard. It looks and feels a lot like the premium Craft – minus the dial that Logitech placed at the top of that keyboard, which worked with companion software to offer a variety of different controls for a number of different applications.

The Craft’s dial was always a bit of a curiosity, and while probably extremely useful for certain creative workflows where having a tactile dial control makes a lot of sense (for scrubbing a video timeline during editing, for instance), in general the average user probably isn’t going to need or use it much. 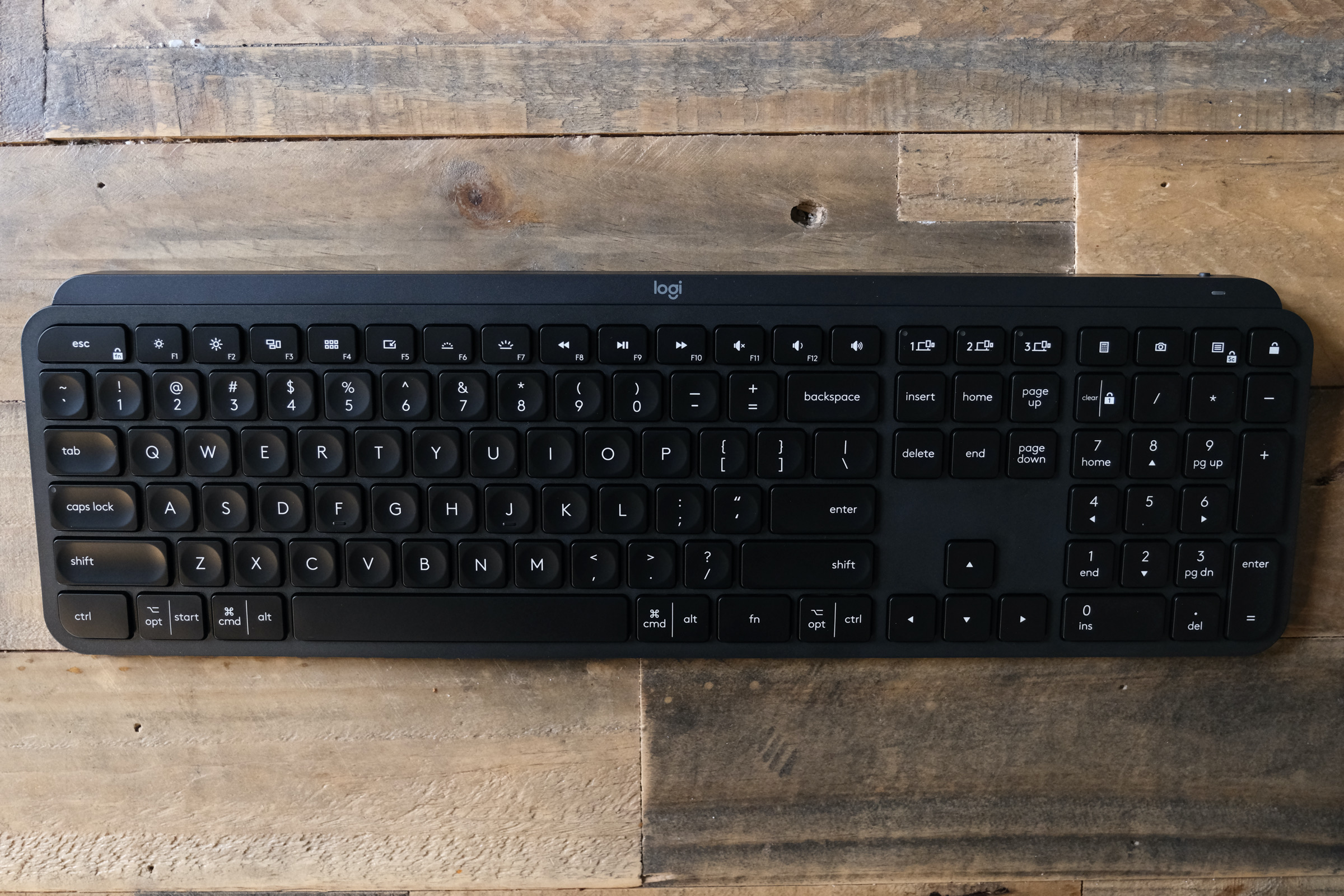 The MX Keys doesn’t have the Craft’s dial, and it takes up less space on your desk as a result. It also costs $70 less than the Craft, which is probably something most people would rather have than the unique controller. The MX Keys still have excellent key travel and typing feel, like its bigger sibling, and it also has smart backlighting that turns on automatically when your hand approaches the keys – and which you can adjust or turn off to suit your preference, and extend battery life.

MX Keys has a built-in battery that chargers via USB-C, and provides up to 10 days of use on a full charge when using the backlight, or for up to 5 months if you disable the backlight entirely. For connectivity, you get both Bluetooth and Logitech’s USB receiver, which can also connect to other Logitech devices like the MX Master series of mice. 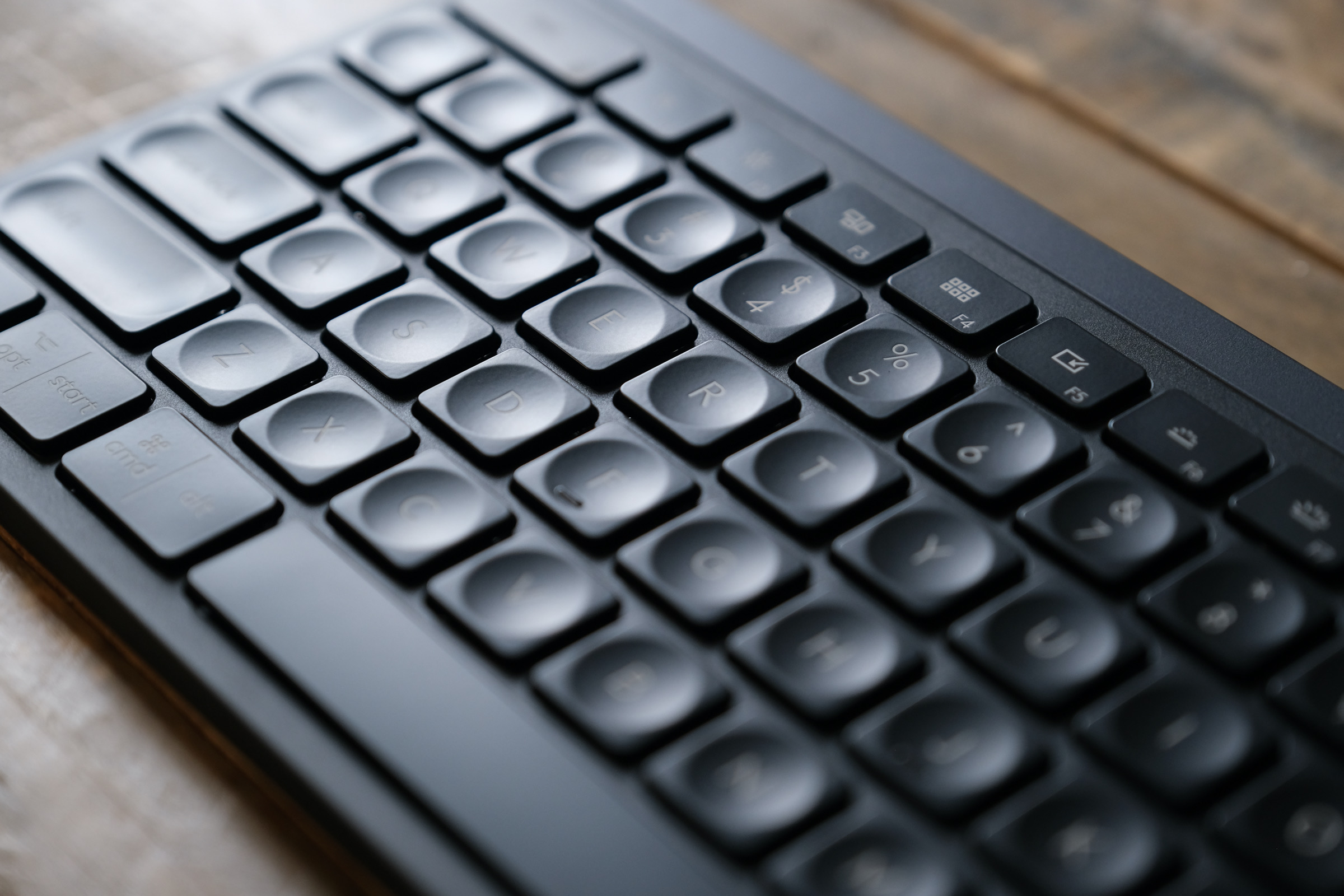 The keyboard can connect to up to three devices at once, with dedicated buttons to switch between them. It supports Windows, Mac, Linux, Android and iOS out of the box, and has multi-marked keys to make it easier to transition between operating systems. Plus, when you’re using the MX Keys in tandem with the MX Master 3 or other Logitech mice that support its Flow software, you can transition seamlessly between computers and even operating systems, for doing things like copying and pasting files.

AT $99.99, the MX Keys feels like an incredible value, since it offers very premium-feeling hardware in an attractive package, with a suite of features that’s hard to match in a keyboard from anyone else – including first-party peripherals from Microsoft and Apple .

When it comes to mice, there are few companies that can match Logitech’s reputation or record. The MX Master series in particular has won plenty of fans – and for good reason. 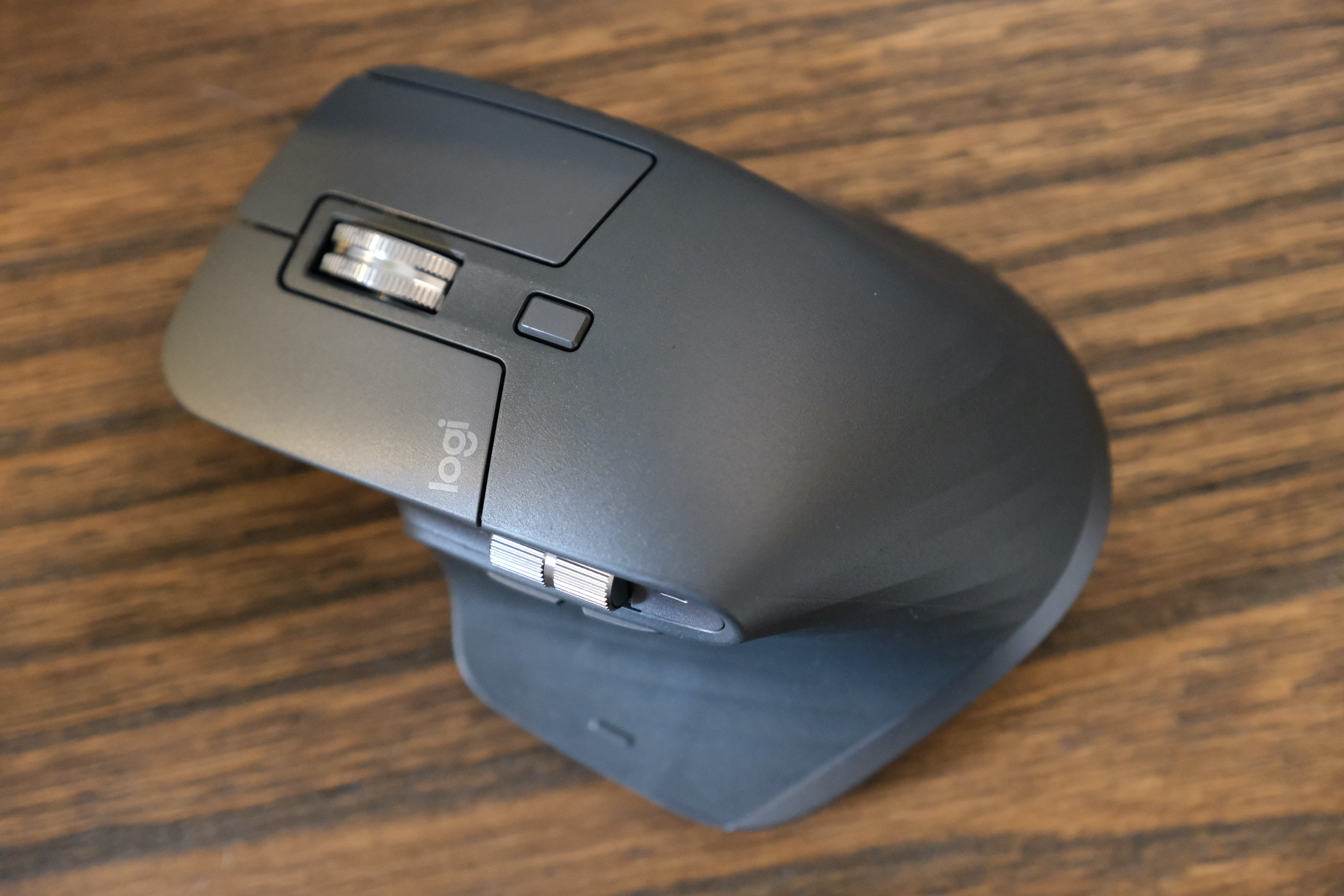 The MX Master 3 doesn’t re-invent the wheel – except that it literally does, in the case of the scroll wheel. Logitech has introduced a new school wheel with ‘MagSpeed’ technology, that switches automatically between fluid scrolling and more fine-grained, pixel-precise control. The company claims the new design is 90 percent faster and 87 percent more precise than its previous scroll wheel, which is pretty much an impossible claim to verify through standard use. That said, it does feel like a better overall scrolling experience, and the claim that it’s now ‘ultra quiet’ is easy to confirm.

Logitech has also tweaked the shape of the mouse, with a new silhouette it says is better suited to matching the shape of your palm. That new shape is complimented with a new thumb scroll wheel, which has always been a stellar feature of the Master series and which again, does feel better in actual use though it’s difficult to put your finger on exactly why. Regardless, it feels better than the Master 2S, and that’s all that really matters. 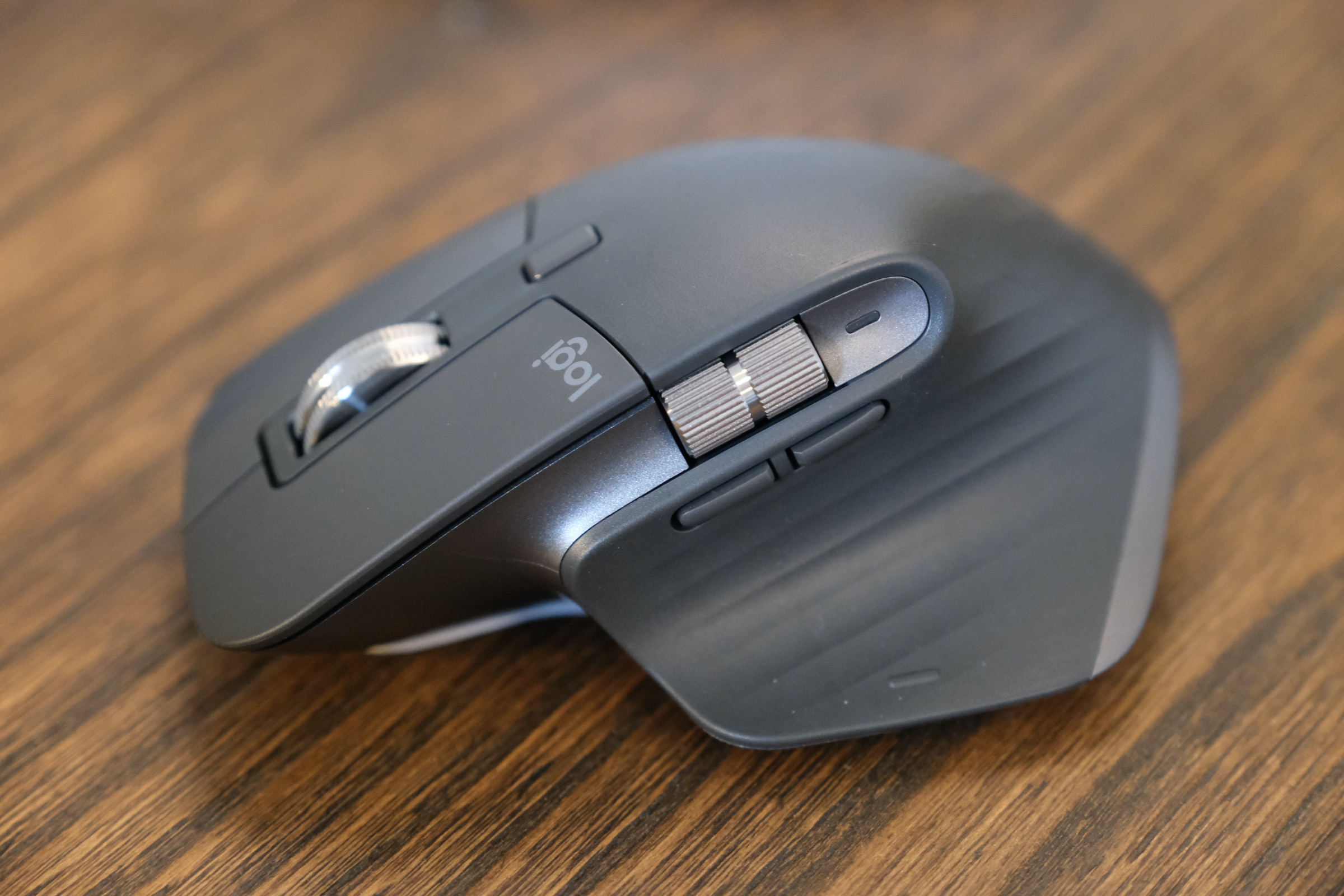 In terms of tracking, Logitech’s Darkfield technology is here to provide effective tracking on virtually all surfaces. It tracks at 4,000 DPI, which is industry-leading for accuracy, and you can adjust sensitivity, scroll direction and other features in Logitech’s desktop software. The MX Master 3 also supports up to three devices at once, and works with Flow to copy and past between different operating systems.

One of the most noteworthy changes on the MX Master 3 is that it gains USB-C for charging, replacing Micro USB, which is fantastic news for owners of modern Macs who want to simplify their cable lives and just stick with one standard where possible. Since that matches up with the USB-C used on the MX Keys, that means you can just use one cable for charging both when needed. The MX Master 3 gets up to 70 days on a full charge, and you can gain 3 hours of use from a fully exhausted battery with just one minute of charging. 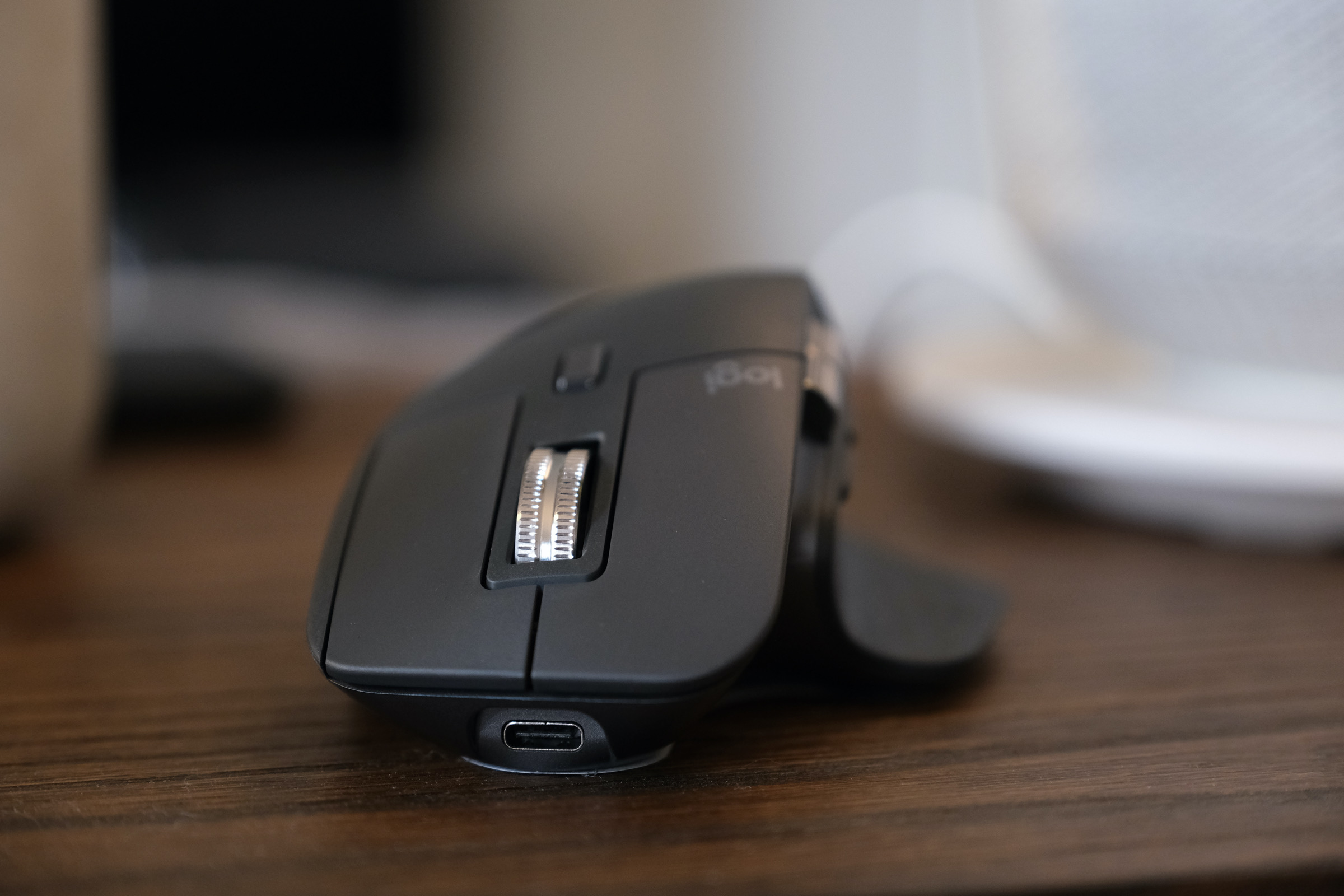 Logitech has long been a leader in keyboard and mice for very good reason, and the company’s ability to iterate on its existing successes with improvements that are smart and make sense is impressive. The MX Keys is probably the best keyboard within its price range that you can get right now – and better than a lot of more premium-priced hardware. The MX Master 3 is without a doubt the only mouse I’d recommend for most people, especially now that it offers USB-C charging alongside its terrific feature set. Combined, they’re a powerful desktop pair for work, creative and general use.