I can’t remember the last time I did a hands-on with a device prior to powering it on. The idea of basing posts entirely around glamour shots without really interfacing with the product feels like a relic of an early era of gadget blogging. But every so often a device comes along that warrants the approach.

There will be a far more in-depth review of the Surface Duo. I will write a lot of words on this website about the experience of using the software and living with the device as my go-to handset. For now, however, you and I both are going to have to settle for a handful of photos and a few choice words about the form factor.

But if any product deserves a little bit of pre-review love, it’s the Surface Duo. It’s been a while since I’ve seen so many fellow TechCrunch editors this excited about a new device. The earliest foldables are probably the closest comparison. And at first glance, at least, the Duo seems to be more solidly constructed than some of those earliest foldable units. No surprise, really, given that the weak link was the foldable screen itself. 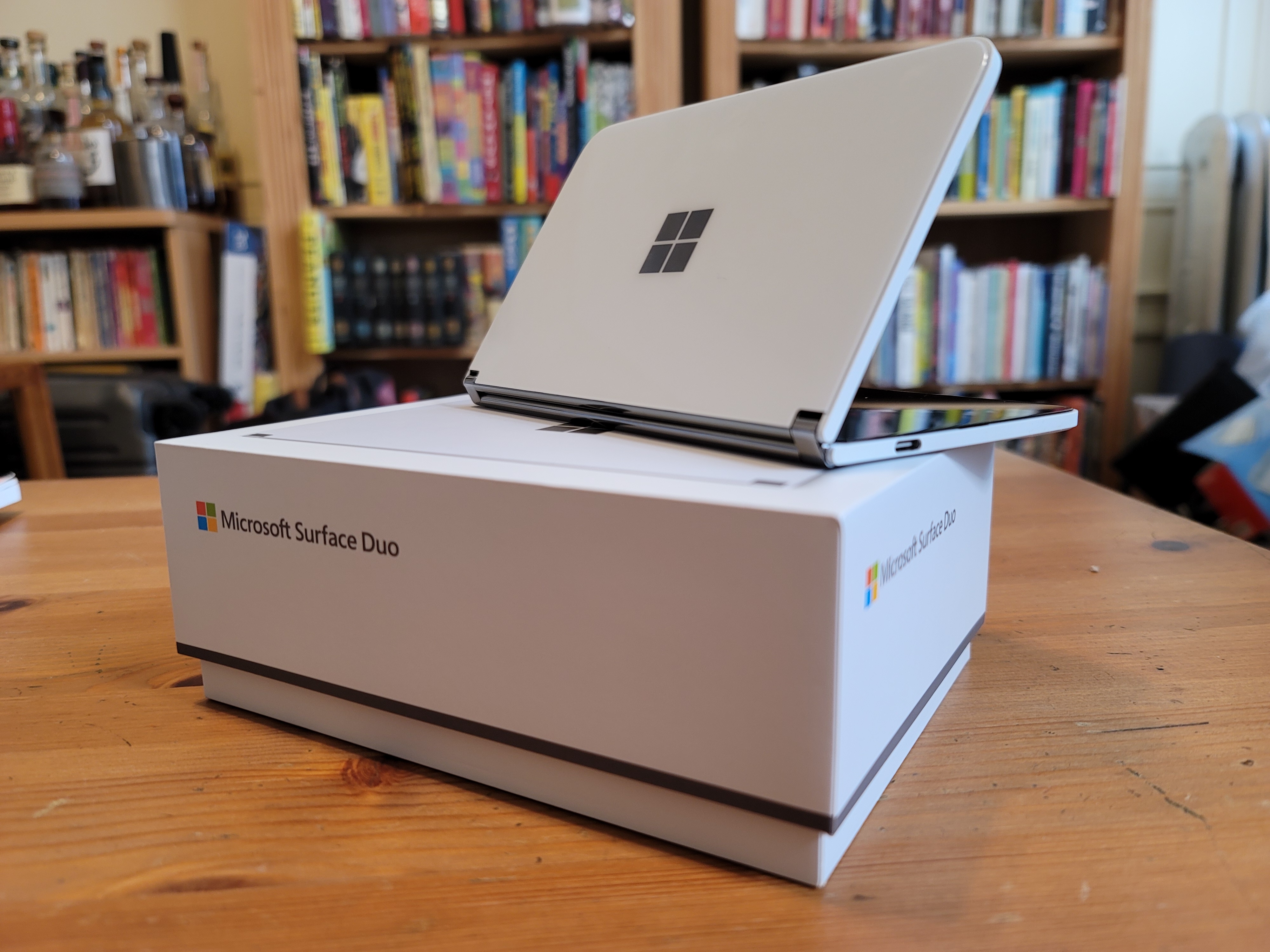 Microsoft’s approach to increased real estate arrives by way of two independent but connected screens. It’s far from the first product to take the approach, but out of the box, it seems to be a far more solid approach. There’s no fragile, glass-less display to be damaged and no way to accidentally get debris trapped under the screen. The downside, however, is the gap between the displays. Again, more on that in the upcoming review.

What really jumped out at me the most upon unboxing is how compact the device is. I’d seen it in videos and demos, but somehow expected the device to be larger. It’s not small by any means (in fact, it’s wider than the Note 20), but depending on how tall you are, you should probably be able to stick it in your pants pocket without too much trouble. 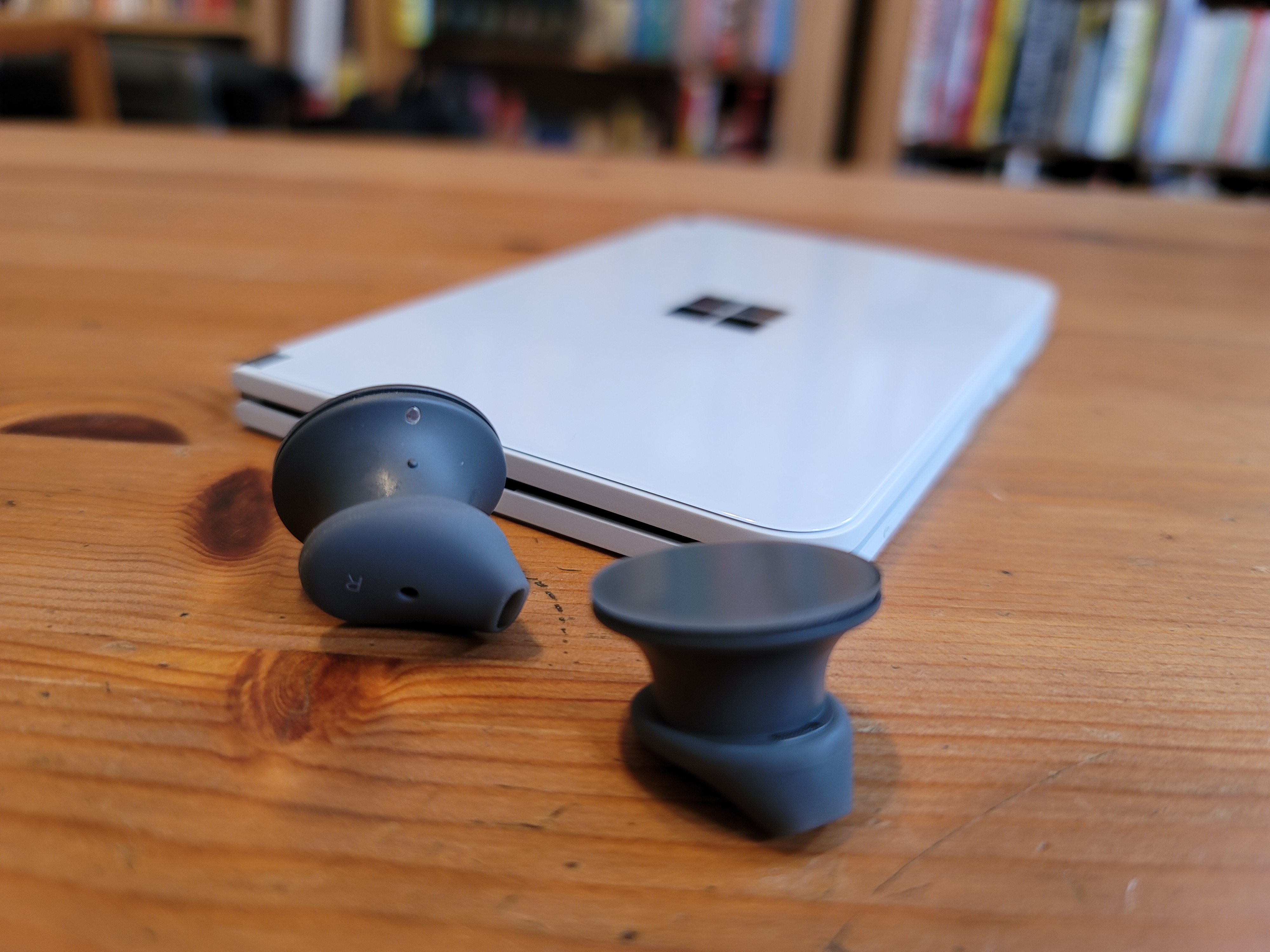 Microsoft has made it clear that — as far as hardware is concerned — the hinge is very much the thing. It does a double duty both in terms of maintaining the connection between the displays (including the dual-batteries and offering a fluid experience) and allowing the product to conform to a variety of different angles. How a majority of users interact with it remains to be seen, given that it’s a new form factor in some key ways, so the device has to be good in any configuration. As such, the 360-degree swiveling has to be smooth, while remaining rigid enough to keep one screen propped up.

So far, so good. The Duo hardware feels truly premium, as one would hope/expect from a $1,400 device. The new Surface arrives September 10. Expect a much deeper and satisfactory review of the product soon.