Google has rolled out a new Search feature in India that enables influencers, entrepreneurs, freelancers, or anyone else who wants to be easily discovered online create a virtual visiting card in what appears to be the company’s latest attempt to bring more of LinkedIn -esque functionalities into its search engine.

The company said it has rolled out the feature, called people cards, first in India because of the special affinity people in the world’s second largest internet market have shown toward looking up their own names on the search engine. People cards currently only supports English.

Users can create people cards about themselves by signing into their Google account and then looking up their name on Google search. This will prompt a new option called “add me to Search” or “get started”; tapping which will open a form that asks users to provide a bio (description) of themselves, their picture (by default, Google fetches the image associated with a user’s Google account), links to their website and social media profiles, and optionally, their phone number, address, work and education details, and email address. 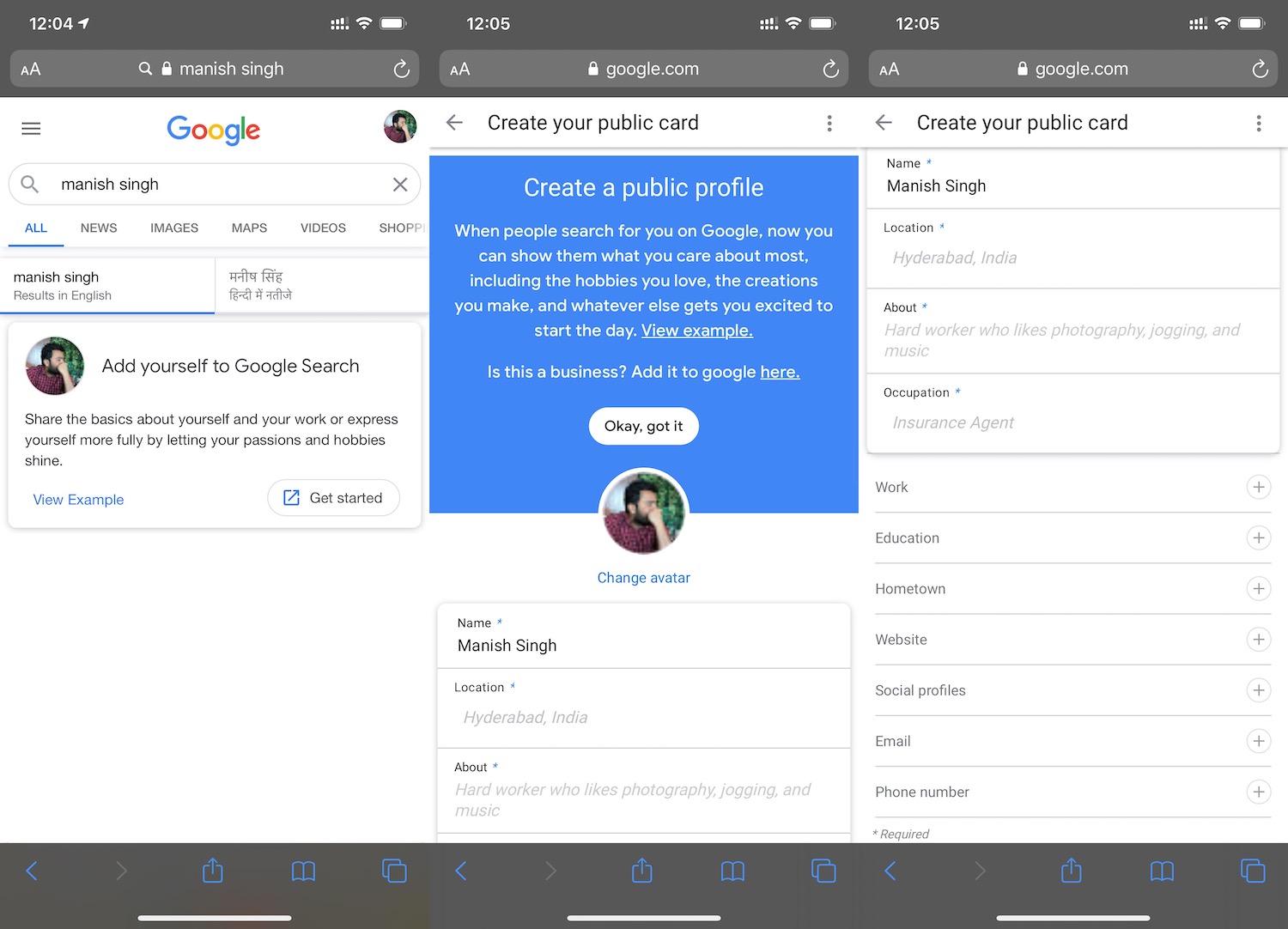 Google said the more information a user provides, the easier it would be for others to find them on Google Search. The company said that it has put in place several measures to curb potential misuse of the new feature. One of which is limiting the number of people cards a Google account can create — it is set to one.

“We have a number of mechanisms to protect against abusive or spammy content, and if you come across low quality information or a card that you believe was created by an impersonator, you can tap the feedback link to let us know. If you no longer want your people card to appear in Search, you can delete it at any time,” wrote Lauren Clark, Product Manager for Search at Google, in a blog post.

People card appears to be Google’s latest step to bring more functionalities into Search and thereby reduce a user’s reliance on many other services. In this case, the feature is likely aimed at LinkedIn — though users can’t add other people’s profiles as connections. Two years ago, the company added jobs listing discovery feature to Search in India after unveiling it in the U.S. in 2017.

“For the millions of influencers, entrepreneurs, prospective employees, self-employed individuals, freelancers, or anyone else out there who wants to be discovered, we hope this new Search feature will help the world find them. For people in India searching on mobile phones, people cards are rolling out in English starting today,” wrote Clark.