GitHub gets a built-in IDE with Codespaces, discussion forums and more Under different circumstances, GitHub would be hosting its Satellite conference in Paris this week. Like so many other events, GitHub decided to switch Satellite to a virtual event, but that isn’t stopping the Microsoft-owned company from announcing quite a bit of news this week.

The highlight of GitHub’s announcement is surely the launch of GitHub Codespaces, which gives developers a full cloud-hosted development environment in the cloud, based on Microsoft’s VS Code editor. If that name sounds familiar, that’s likely because Microsoft itself rebranded Visual Studio Code Online to Visual Studio Codespaces a week ago — and GitHub is essentially taking the same concepts and technology and is now integrating it directly inside its service. If you’ve seen VS Online/Codespaces before, the GitHub environment will look very similar.

“Contributing code to a community can be hard. Every repository has its own way of configuring a dev environment, which often requires dozens of steps before you can write any code,” writes Shanku Niyogi, GitHub’s SVP of Product, in today’s announcement. “Even worse, sometimes the environment of two projects you are working on conflict with one another. GitHub Codespaces gives you a fully-featured cloud-hosted dev environment that spins up in seconds, directly within GitHub, so you can start contributing to a project right away.” 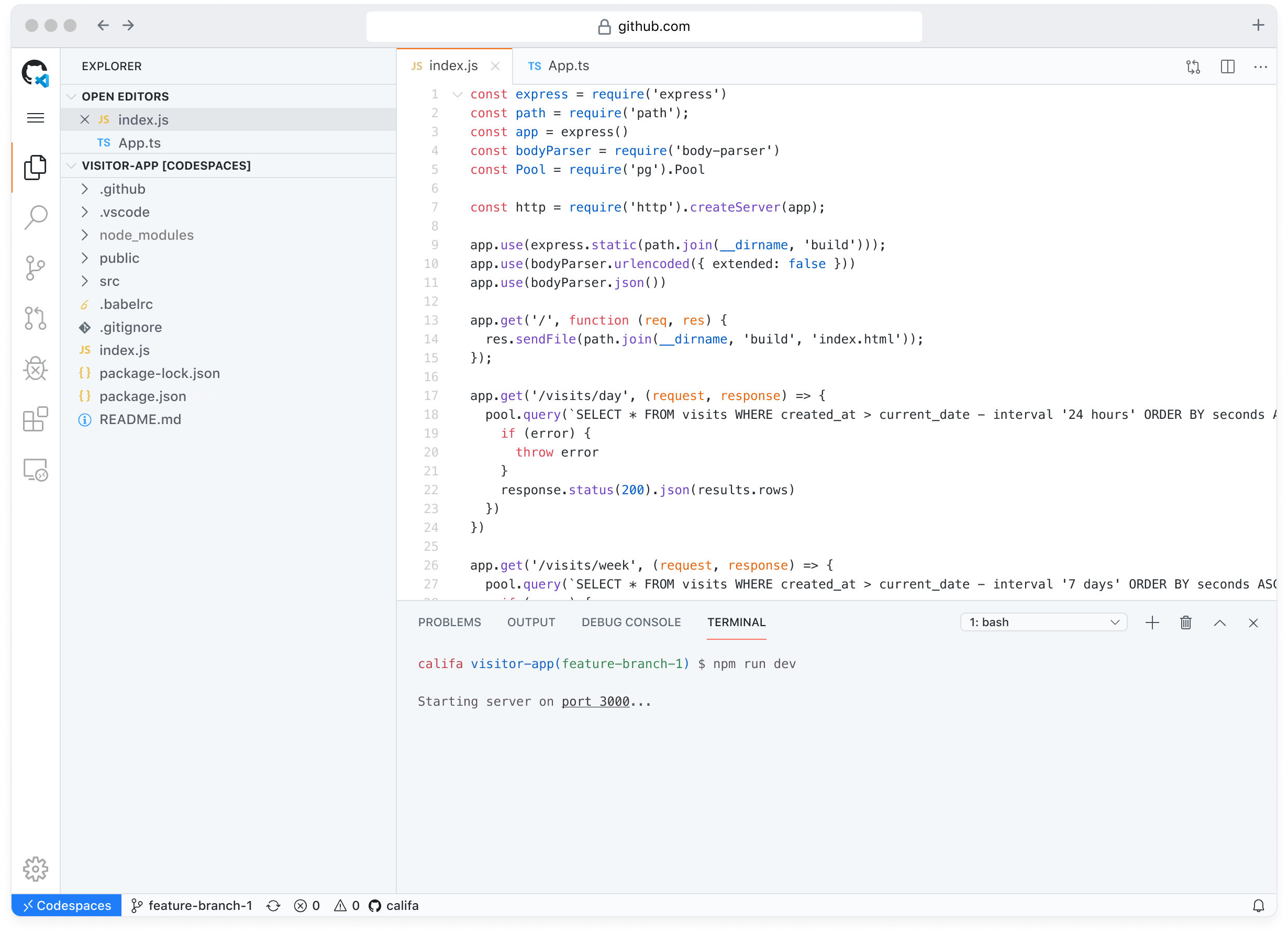 Currently, GitHub Codespaces is in beta and available for free. The company hasn’t set any pricing for the service once it goes live, but Niyogi says the pricing will look similar to that of GitHub Actions, where it charges for computationally intensive tasks like builds. Microsoft currently charges VS Codespaces users by the hour and depending on the kind of virtual machine they are using. 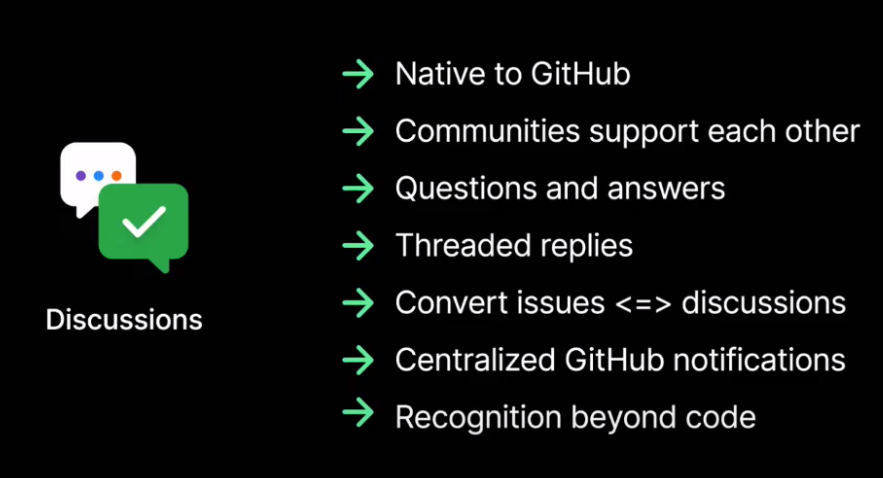 The other major new feature the company is announcing today is GitHub Discussions. These are essentially discussion forums for a given project. While GitHub already allowed for some degree of conversation around code through issues and pull requests, Discussions are meant to enable unstructured threaded conversations. They also lend themselves to Q&As, and GitHub notes that they can be a good place for maintaining FAQs and other documents.

Currently, Discussions are in beta for open-source communities and will be available for other projects soon. 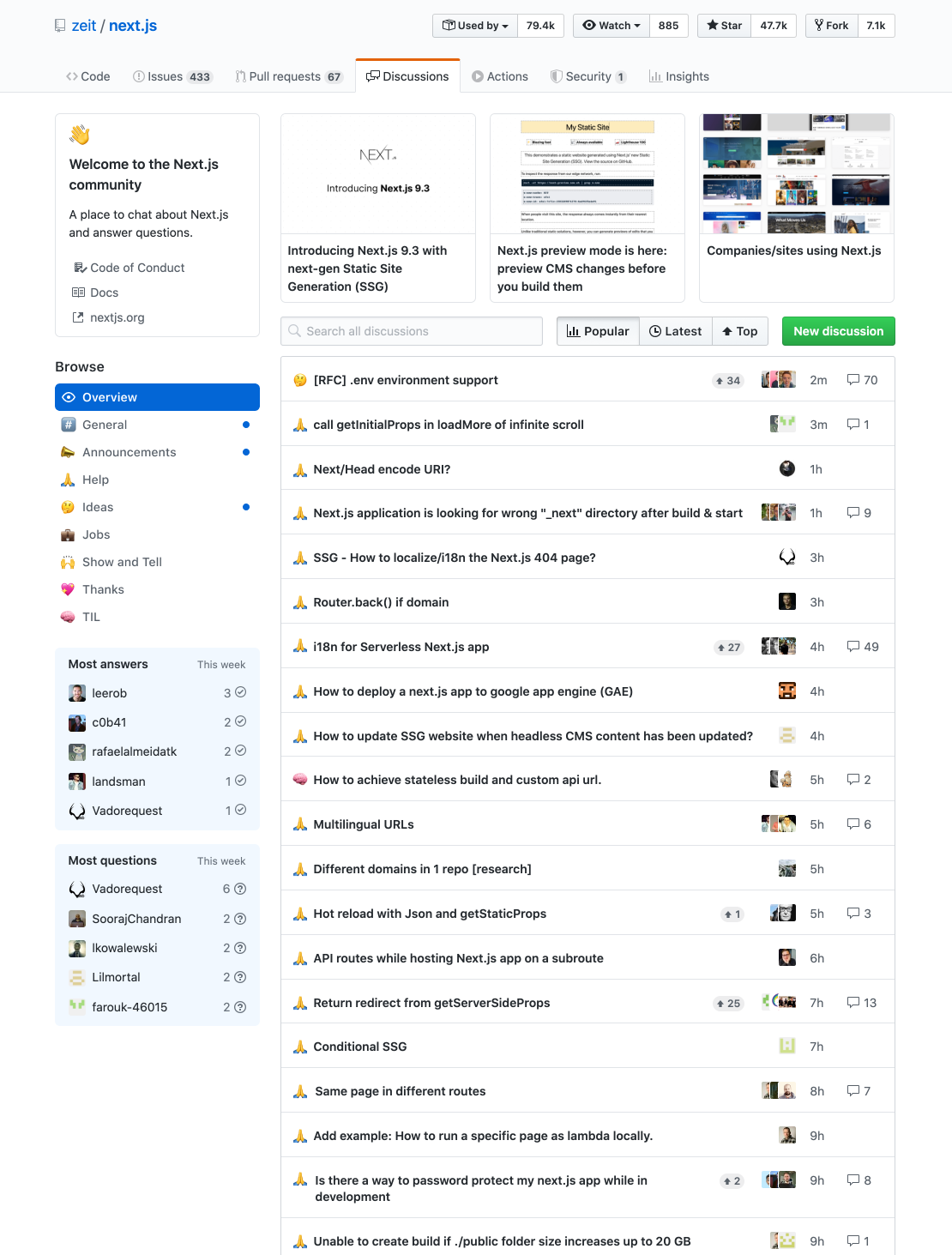 On the security front, GitHub is also announcing two new features: code scanning and secret scanning. Code scanning checks your code for potential security vulnerabilities. It’s powered by CodeQL and free for open-source projects. Secret scanning is now available for private repositories (a similar feature has been available for public projects since 2018). Both of these features are part of GitHub Advanced Security. 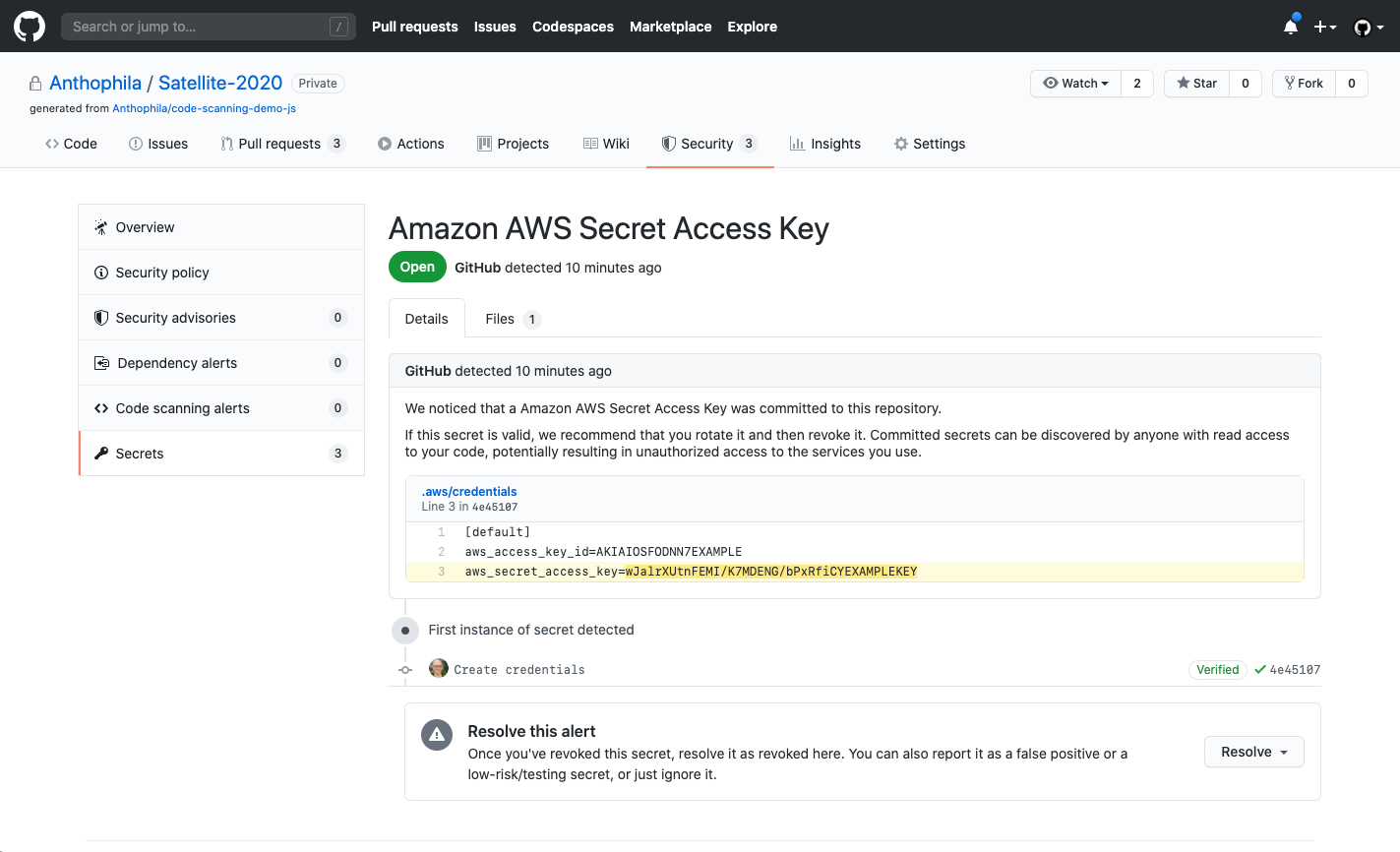 As for GitHub’s enterprise customers, the company today announced the launch of Private Instances, a new fully managed service for enterprise customers that want to use GitHub in the cloud but know that their code is fully isolated from the rest of the company’s users. “Private Instances provides enhanced security, compliance, and policy features including bring-your-own-key encryption, backup archiving, and compliance with regional data sovereignty requirements,” GitHub explains in today’s announcement.

GitHub gets a built-in IDE with Codespaces, discussion forums and more