Facebook, and a group of telecom companies including China Mobile International, MTN GlobalConnect, Orange, and Vodafone are collaborating to build the “most comprehensive” subsea cable to serve the African continent and Middle East region where nearly a billion people are still not connected to the internet.

The project, called 2Africa, will see the companies lay cables that will stretch to 37,000km (22,990 miles) and interconnect Europe (eastward via Egypt), the Middle East (via Saudi Arabia), and 21 landings in 16 countries in Africa.

In a joint statement, the companies said they expect the system to be live by 2023 or early 2024. Once live, it should be able to deliver more than the total combined capacity of all subsea cables serving Africa today, with a design capacity of up to 180Tbps on key parts of the system.

Facebook and telecom operators did not reveal how much money they were investing on the project. 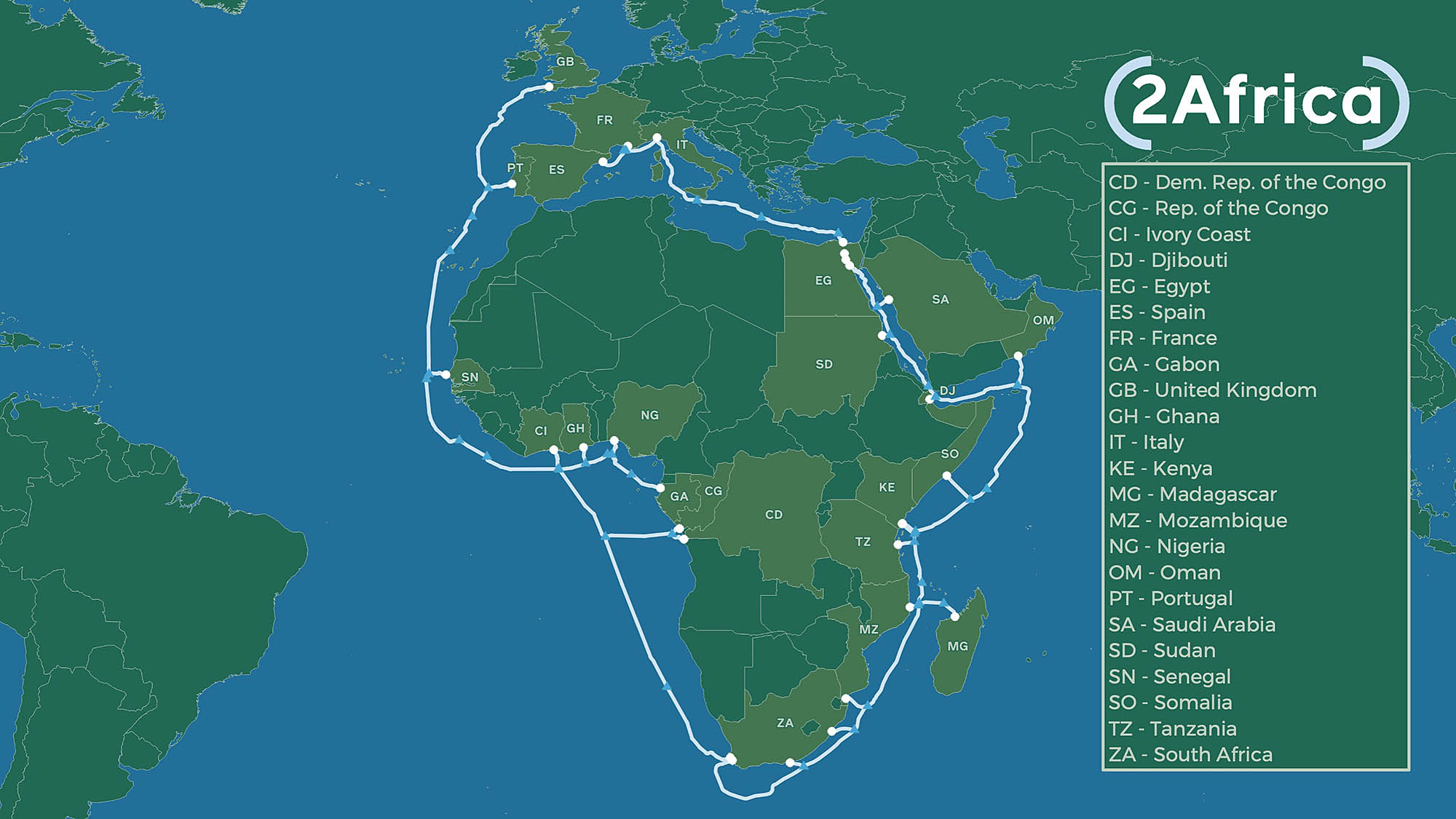 Najam Ahmad, Vice President of Network Infrastructure at Facebook, said 2Africa is “a major element of our ongoing investment in Africa to bring more people online to a faster internet. We’ve seen first-hand the positive impact that increased connectivity has on communities, from education to healthcare.”

The subsea cable would also help Facebook and others drive down their bandwidth costs.

The internet is an amalgamation of tiny bits of code that move around the world in cables across the ocean floor. As of early last year, 750,000 miles of cable have been laid out across the globe.

The involvement of Facebook, which maintains a number of other connectivity efforts to bring more people online, in 2Africa shouldn’t come as a surprise. Telecom firms have long worked on undersea cable projects, but over the past decade, several American technology companies have joined the effort.

Google, Microsoft, Facebook, and Amazon now own or lease nearly half of the undersea bandwidth, according to Washington-based research firm TeleGeography. Google alone has backed at least 14 cables globally.

Last year, the search giant unveiled Equiano, a privately-funded subsea cable to connect Europe and Africa. The first phase of this project was scheduled for completion in 2021. Both 2Africa and Equiano have commissioned Alcatel Submarine Networks for building the cable.

American technology companies aren’t alone in their fascination with laying cables across the globe. China’s Huawei completed a 3,750mile cable between Brazil and Cameroon in late 2018, and last year began work on a 7,500-mile cable connecting Europe, Asia and Africa.

It was also finishing up links across the Gulf of California in Mexico, WSJ reported last year, adding that some unnamed current and former U.S. officials were worried that the Chinese tech giant’s cables were vulnerable to espionage. Huawei denied any threat.