Catalyte, the Baltimore-based coding training and placement service, has launched a new software service designed to take its machine learning-based skills-assessment and training program to companies around the country.

With revenues already approaching nearly $100 million for its outsourced software development services, Catalyte is hoping to take the lessons and tools it has learned and developed over the course of its 18-year history as a staffing and training company for the tech industry and sell them to companies looking to retrain . or provide additional skills development opportunities for their employees.

“Even if we were the largest employer in the world we still would not be able to move the needle on the labor economy,” says Catalyte’s chief executive, Jacob Hsu.

He sees the company’s mission as providing a critical step for companies to identify the employees in their workforce with the skills to become coders and an opportunity for those employees to then receive the training they need to move into higher paying roles as software eats into low-skilled, repetitive labor.

“We’re encouraging all of these employers to deploy these up-leveling skills,” Hsu says.

At Catalyte, the company’s success has hinged on practicing what it preaches (and what it’s now selling). Launched in 2000 as a staffing service in Baltimore called Catalyst Devworks by a former White House economist, Michael Rosenbaum, the company expanded to locations in Chicago and Portland and offers training and workforce development through contracted consulting projects with companies. 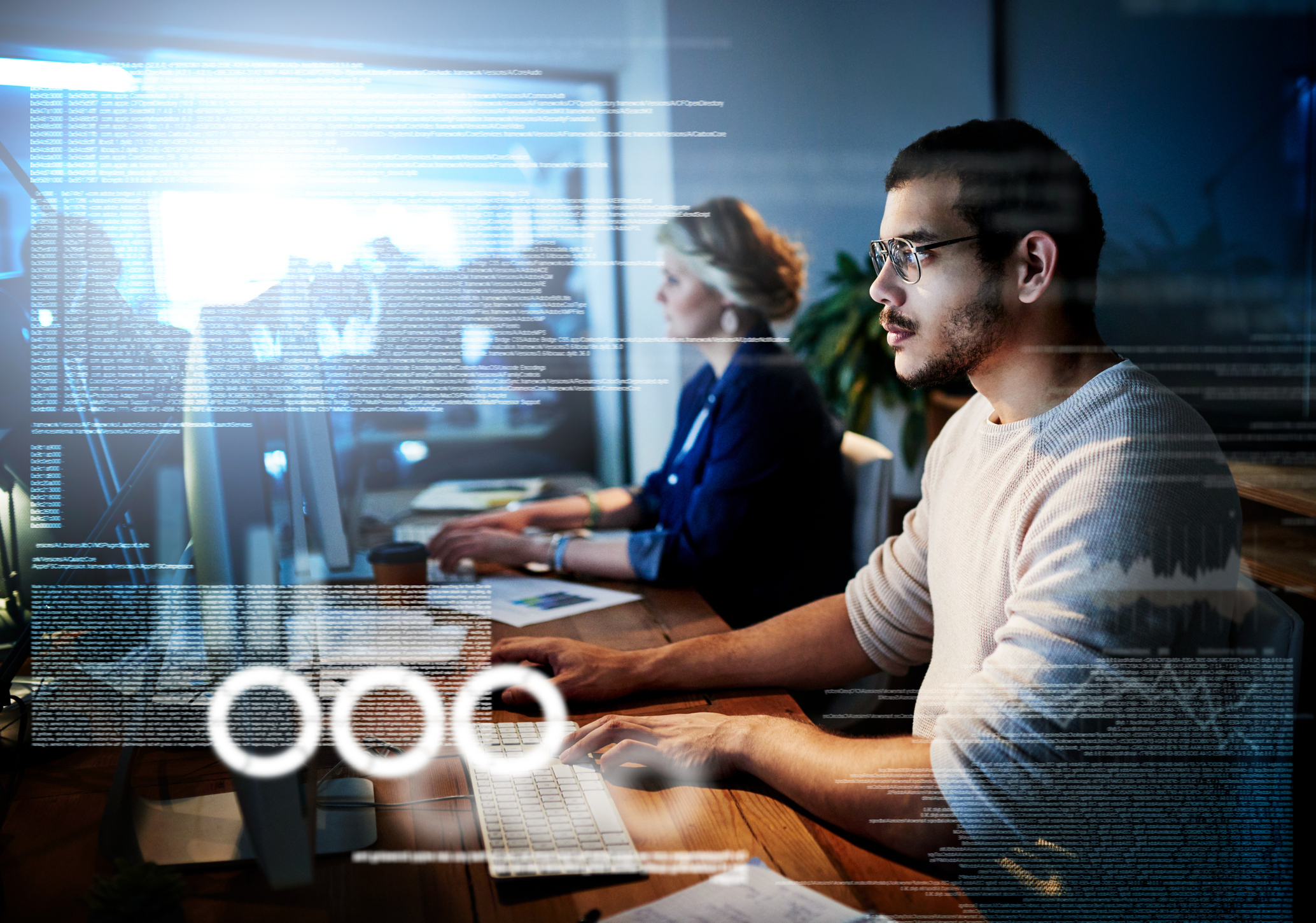 The company’s recruits come from anywhere and everywhere and hiring hinges on a skills test would-be employees have to perform which is monitored by software that tracks how test-takers respond to the company’s questions.

Once an applicant passes the test, they’re brought in for training and given a two-year contract during which time they’re put to work on development projects Catalyte has won from customers like Under Armor, Aetna, AT&T and Microsoft .

Catalyte’s developers are paid roughly $40,000 per-year (less than half of what a developer typically makes) while they’re working under the two-year contract and are then allowed to seek employment outside of the company. Any employee that breaks the mandatory two-year contract is subject to a $25,000 penalty, according to a report in “Fast Company”. As they enter the third year, their contract with Catalyte gets renegotiated and employees who stay with the company can earn at least $75,000.

It’s this kind of narrative, and the company’s solid revenue that attracted investors like Steve Case, who’s backing Catalyte through his $150 million Rise of the Rest Seed Fund.

In 2018, Catalyte raised roughly $27 million in a round of funding from Palm Drive Capital, Cross Culture ventures, Expon Capital, and the Rise of the Rest Seed Fund.

The relatively novel approach to training and hiring (with some of the company’s recruits even coming in through Craiglist ads that pitch getting paid for learning to code) has netted Catalyte some impressive statistics when it comes to the diversity of its workforce — another important criteria for Case’s Rise of the Rest fund.

“When you use this approach to hiring [in a city]… you end up with a workforce that’s similar to the demographics of a city,” says Hsu.

Catalyte’s growth over the past three years has been nothing short of explosive. The company went from 50 employees in 2016 to around 800 people on staff now.

That staff is critical not just to the company’s current business model, but also served as a training tool for the machine learning and assessment tools that Catalyte is now trying to sell. “We spent over a decade collecting outcome data from engineering projects,” says Hsu. And that data was what was used to create the company’s metrics for whether or not a candidate for a programming job at the company would be successful.

The company intends to bring its assessment tool to market in the fourth quarter, but on the back of its recent fundraising, Catalyte has been ramping up its research and development activities. It wants to begin putting together a curriculum around cybersecurity and site reliability engineers. The software will cost roughly $1,000 per seat for every employee that receives its training regime.

“One of the fundamental ways our economy is going to both remain competitive on the international level and expand opportunities to more Americans is by changing the way we identify talent,” said Case in a statement discussing Catalyte’s financing last year. “Catalyte proved to us that not only can it bring new and underrepresented groups into the fold, it can do so while helping its own clients grow.”

While the company is growing its product pipeline, it also intends to expand the number of development and training centers it operates. The plan, according to an interview Hsu gave to the local technology news site Technically Baltimore in February, is to have 20 development centers around the country by 2020.